The Man Who Forgot his Wife 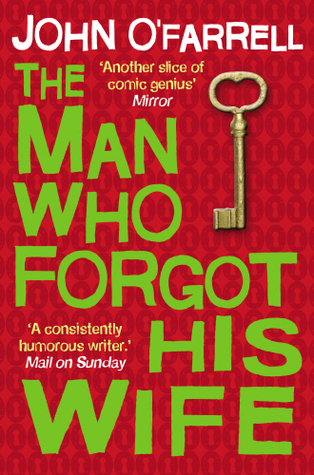 What They Say: Lots of husbands forget things: they forget that their wife had an important meeting that morning; they forget to pick up the dry cleaning; some of them even forget their wedding anniversary.
But Vaughan has forgotten he even has a wife. Her name, her face, their history together, everything she has ever told him, everything he has said to her - it has all gone, mysteriously wiped in one catastrophic moment of memory loss. And now he has rediscovered her - only to find out that they are getting divorced.
The Man Who Forgot His Wife is the funny, moving and poignant story of a man who has done just that. And who will try anything to turn back the clock and have one last chance to reclaim his life.


What Sheli Says: I have had this book on my TBR pile for a while and finally got around to reading it. I was instantly hooked by the story and really loved the characters. As Vaughan tries to rebuild his life after his memory loss, we learn about him as he learns about himself.

Some parts of the book were really laugh out loud funny and others were really sad, but I just couldn’t stop myself reading on to discover who this man was, and more importantly, who he had become.

Despite the title being very similar to a glut of books that have been published over the last year or so, I think this one really stands out from the crowd as an insight into a mind that may never completely recover former memories, but can remember who was the Christmas number one in 1994.

I would recommend this book as a light read that is built on firmer foundations than a lot of the similar books out there. I must warn you that if you read on public transport, you will laugh out loud at this book!