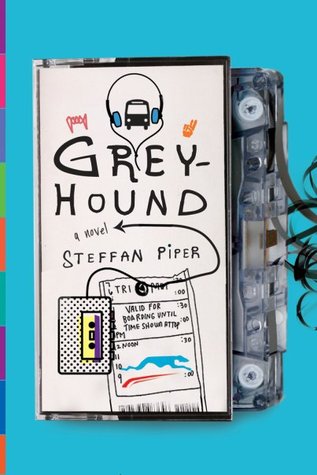 What They Say: Sebastien Ranes's single mom and her feckless boyfriend can't be bothered to take care of a stuttering twelve-year-old. Banished to live with his grandmother on the far side of the country, the boy can barely understand a bus schedule when he gets dumped at the Greyhound station in Stockton, California. Given $35 and a one-way ticket to Altoona, Pennsylvania, Sebastien must cross the country ? alone, without a clue how to fend for himself. Filled with youthful anger and na?vet?, Sebastien heads out into the “Morning in America” of Ronald Reagan's 1980s, encountering temperamental bus drivers, charming, shifty, and downright dangerous strangers, the music of Daryl Hall and John Oates, and an ex-con named Marcus, who takes the boy under his wing. In an unforgettable trek that evokes Oliver Twist and The Adventures of Huckleberry Finn, the unlikely pair lurch from one misadventure to another, tumbling toward an elusive understanding of where and how, in a troubling world, to look for light.

What Sheli Says:I downloaded this book a while ago and totally forgot about it. I rediscovered it a few days ago when it appeared again on Amazon in the Christmas sale and tried to buy it again!

The book is told from the point of view of the main character, Sebastien, as he embarks on a road trip across America on a Greyhound bus in 1981. It is a coming of age story, but is set over just a few days on a rollercoaster of a bus trip!

Sebastien meets some great characters along the way on his road trip to go and live with his grandparents, some bad guys and some very good guys. The story has a lot of twists and turns and in parts is quite shocking.

The book is brilliantly written and Sebastien is such a likeable little boy, despite his terrible upbringing and treatment by his mother. Although the book is set in the early 80s, I do feel that it had a pretty timeless feel, despite a few pop culture references.

I will definitely seek out more from the author as I really enjoyed this book and would love to hear more about how Sebastien gets on living with his grandparents.


“Always try to be good to people don't always put yourself first, and don't always expect things to be fair, because they won't be.”
Find it on Amazon
Posted by Unknown at 16:00