The Yips: A Novel 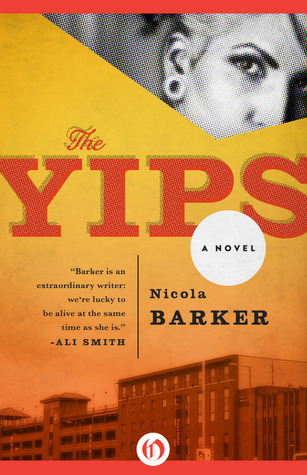 Storm clouds are gathering above the bar of the less-than-exclusive Thistle Hotel. Stuart Ransom, a jet-setting, supermodel-chasing pro golfer with an extravagant ego and a career nearing the end of a spectacular decline, is drinking his way through the night. Desperate for attention, he strikes up free-flowing conversations with anyone who will listen. But as he banters with Jen, the impish barmaid with a talent for telling tall tales rivaled only by Stuart’s own, the night takes an extraordinary turn. Among those caught up in the unfolding drama are a tattooist with a mad mother and a love of anything from the 1940s; a free-thinking Muslim sex therapist and his considerably more conservative wife; the mysterious Vicki, the sister of Stuart’s defiant yet curiously devoted manager; and a misguided female vicar of the Church of England and her husband, Gene, the Thistle’s hapless bartender. They are a highly entertaining and eccentric bunch, but there’s more to them than meets the eye. “There enter in questions of what it is to be consumed by love or lust, by shame, by the longing to be someone else or nobody” (The Guardian), and The Yips unites them in an absorbing, exhilarating tour de force.

What Sheli Says: I requested this book from NetGalley as it had been on my wishlist since it was longlisted for the Man Booker this year. I was pretty excited when it was approved and couldn't wait to get started!

The book itself is written in an interesting style and we get an insight into a number of very different characters lives and they all become entangled in a huge spiders web with each other. I really liked the style of the book and it felt a little bit like being a nosy neighbour and seeing a little bit of each of their worlds. I really liked that my initial opinions of the characters changed throughout the book.

I really loved the first 60% of the book and flew through it. My favourite character was Valentine. I loved her quirky ways and her spiralling back story including her agoraphobia. My least favourite was Ransom, obviously written as an unlikeable character, but by the second half of the book I just didn't care about him.

I felt that for me I would have preferred the book being a bit shorter and found that the end was a bit of an anti-climax. Overall, I enjoyed it, but probably won't rush out to read any more by the author.


“The trigger has been squeezed, the deathly mechanism has been enabled, the fatal course of a bullet has been set. No amount of bleating or praying or wailing of cajoling can halt it or stall it or call it back.”